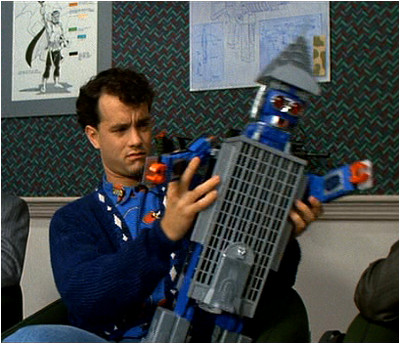 No. It’s not a fight in the ring between two skyscrapers. It’s one of those capitalized/non-capitalized issues that can have a material impact on the cash flow of a property.

Though many tenants may beg to differ, the majority of landlords do actually consider the financial health of their tenants. I cannot tell you the number of times that I have heard “We did not bill that because the tenants do not have the ability to absorb it.” Specific inclusions in CAM or taxes, or, in a few cases, even a CPI increase on a minimum rent charge (this did happen multiple times during the last and previous recessions). For their own long term financial health, landlords want their tenants to succeed and often make decisions toward that goal.

There is also this “conscience” thing that landlords have. And, every organization has one – the vast majority are good. But, there have been a handful… One of the most obvious, recurring examples of the landlord conscience relates to management fees as part of CAM. Not admin fees, but management fees. Back when most mall leases were still on prorata CAM, landlords were starting to include management fees in the definition of CAM expenses. Not all were billing them, but they were including them in defined expenses. However, it had always been much more common for management fees to be included in CAM expenses for open air centers – many times specifically called out, and other times grouped together as the “cost of managing, repairing, replacing, maintaining, operating,…” the common areas or shopping centers. But where that conscience has kicked in is when management fees have actually been permitted to be and have been billed through CAM, it is not uncommon for a landlord to exclude those fees when calculating the required admin fee.

I know. I know. My tenant brethren are up in arms. You can’t have both. Actually, if the lease is negotiated with both, you can absolutely have both. We all have to live with (and properly administer) the terms of an executed lease.

In any event, back to the building vs. Building conscience and the ultimate financial ramifications. The past week, we worked on an open air center that had two distinct sets of prorata CAM requirements. The tenants were to pay a prorata share of “Center” expenses and a prorata share of “Building” expenses, with the sole difference between the two being a freestanding, self-maintaing, self-insuring, separately assessed supermarket. For example purposes, we  will say the denominator for Center expenses is 125,000 sf with the supermarket and 55,000 sf for Building expenses. Personally, I liked the set up and the clarity of the definitions.

However, where the issue came up was that the 55,000 sf of Building square footage was actually two separate buildings (notice the lower case “b”) – for example purposes, one 30,000 sf and one 25,000 sf. There was a significant repair (truly a repair, not a capitalizable expense) of $100,000 to the 30,000 sf building. And here is where the conscience kicked in. The landlord billed the expense only to the tenants in the 30,000 sf building where the expense actually applied, but used the lease required Building denominator of 55,000 sf. This caused the landlord to absorb a full 46%, or, in our example, $46,000 of this expense.

You can understand the conscience issue here – bill it only to those affected. But, to truly and properly reflect the expense, the amount should have been allocated over just the 30,000 sf in the building (again, lower case “b”), but the landlord did not have that option.

Surely, the landlord would have done the same if another expense been on the 25,000 sf building – once again causing material absorption, in that case of 55% of the expense.

One final thought. Had this been a recurring annual expense administered “in good conscience” rather than as required by the lease, that $46k that was absorbed would equate to well over $500k in value.

As we have discussed many times, it is imperative to understand the value of a change proposed to a lease before agreeing to it. Once executed, both parties must live with the outcome.